My most popular images for sale at Shutterstock:

The meaning of life

It used to be that I thought fishing was the meaning behind life, it was calming, peaceful and allowed me to be alone. Then I moved to Germany, not that they are all bureaucrats but I would need to do lessons and an exam here to get a license (no really!), then I have to find a club, wait for someone to die and leave a space...all with relevant forms to fill out. So I don't fish anymore.

But sitting in my hide yesterday, it was -10°, it came to me that the meaning of life is watching buzzards. They sit for hours and just watch, the food is going nowhere so they wait. Which means I have to wait. All good things and all that. Nothing gives me more pleasure than watching wildlife but to get close to a creature as shy as the buzzard (buteo buteo for our US friends) is simply mind blowing. I love it. Peace, quiet, solitude and buzzards. Bliss. 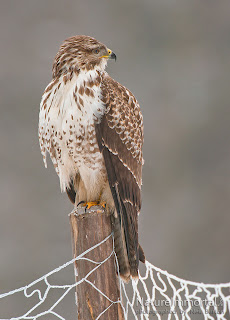 1DIII, 500 f4, 2xTC
Of course, they do not always land where you expect, like the wonderful old moss covered knarly branches I slaved over... but the jays, for once, landed where there should....but I was not geared up them....typical.

Posted by nature_immortalised at 2:02 AM No comments:

Now I have the 1DmkIII I also have its powerful AF, and the possibility to AF down to f8. This of course means I can now add the 2x converter to my 500 f4. Admittedly this probably gives me less length than the 7D with 500 and 1.4TC (700mm x 1.6 = 1120 with 18million pickles!) but it makes up for some of the lost resolution. I tested it out on Sunday as the snow adds a bit of light to the scene. Obviously 1/160 sec was not fast enough but the results were suprisingly good, and so they should be for a lens that cost more than my car. 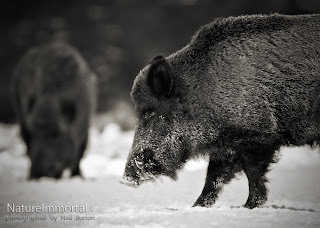 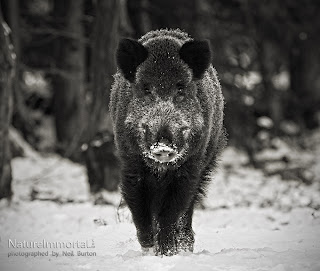 This Sunday I got myself out of bed at some ungodly hour and went in search of mother, whom I had made friends with in the autumn. Last time I visited she had a litter of five small golden, stripey piglets (or are the boarlets?). I waited a while for her to appear, it was -10° so I figured she might be snuggled up in her nest somewhere or maybe she has a winter territory.
When she did she was covered in her winter coat and her offspring were no longer golden, they too had a thick brown winter coat. But I could only see two of her litter and after a while two it remained. I have no idea where the others are or if they are still alive, December was a cold month and snow covered Munich for most of it. There are lots of foxes in the forest, I dont need to be clever to know what happened ;)

It was also the first time out with 1DIII and 500 f4, I have to say they work well together and it is a good crop size for larger animals. 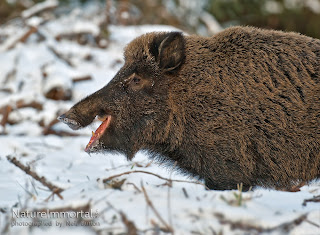 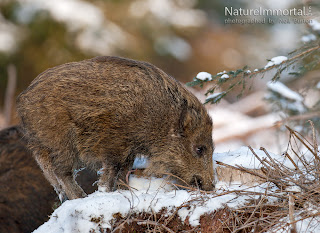 Posted by nature_immortalised at 1:03 AM No comments:

I am not a scientist, I do tests and comparisons based on what I shoot and need. These are recent shots with the 1DIII compared to older 7D shots taken in similar conditions. I could wait and test my 7D on the same scene but the results will be the same, basically the 1DIII is a thing of beauty.

ISO800, prints screen from DPP, no sharpening or NR! 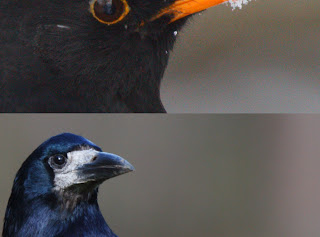 ISO1600, prints screen from DPP, no sharpening or NR! 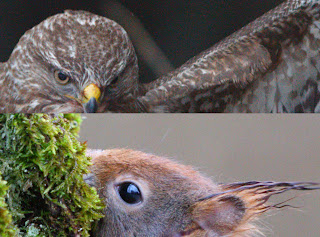 Posted by nature_immortalised at 10:51 AM No comments:

Since buying a used 1DmkIII the light here has been nothing short of missing. But this gave me chance to test the higher ISO capabilities of the 1D. When using the 7D I dread having to go as high as 800ISO, so it was with trepidation that I set the 1D to 1600ISO. But the results speak for themselves. 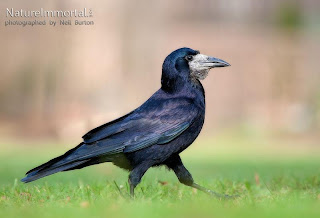 800ISO is good. I holds colour, even in the blacker areas but noise is not there.

1600ISO starts to show noise but there are non of the ugly red splodges I get with the 7D. Saturation is lower but somehow natural. Easy to boost in PP. 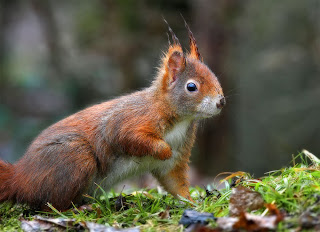 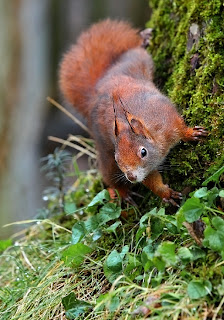 Posted by nature_immortalised at 2:27 AM No comments:

I decided it was time for a pro grade DSLR. Yes I have owned them in the past and never found their IQ as good as some of the lower bodies (1DsII vs 5D for example) but I want a solid camera, one I can use in the rain, one which will take some knocks. So, I invested in a 1D III, currently to be had for next to nothing on the used market.

I admit I have not had much time with it. The manual has been written by a geek, with no intention of ever taking a picture, probably in his lunch hour. The AF is complicated, yet somehow simple, which is why I can't work it out. It can focus on a blade of grass miles away, especially when you are trying to focus on a bird, feet away. I will stick at it.

I do like that I can use ISO 1600 without the need for extensive NR or PP, why Canon chose to add 18MP to the 7D is beyond me. Their claim is that wildlife togs have greater resolution to crop from is rubbish, cos then the noise is more obvious. For that, the 1DIII rocks. I can use ISO1600 now whereas on the 7D I only used ISO 800 at a push. I like that. 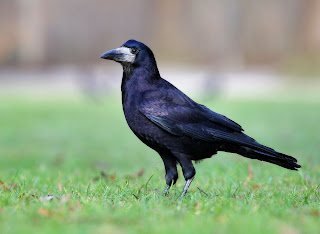 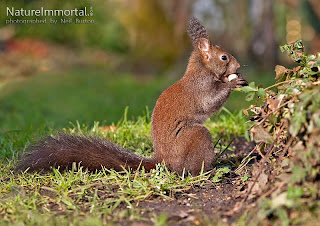 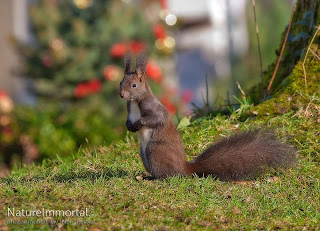 Posted by nature_immortalised at 2:25 AM No comments:

So off I went in search of owls and other fascinating wildlife, Montreal held the promise of much. Of course even the best laid plans can go awry, especially if siad owls decide not lo leave their home in the Arctic. So, without further a do I will introduce you to my backup plan, found pretty much anywhere in Montreal....yes, even along the road. Parks, gardens and, in fact, any tree anywhere. They can be hand fed and most parks have banned the feeding of them. The are a nuicance? Aw come on, with that fluffy tail and cute set of peepers? 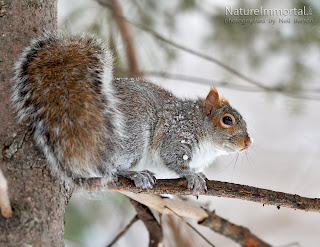 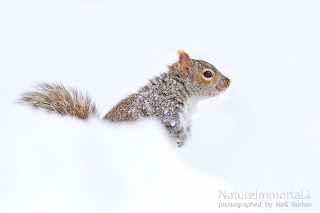